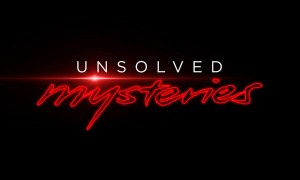 In this second season of the rebooted “Unsolved Mysteries,” the most high profile story is the first episode–the guy was a former aid to a president and still who murdered him is unknown. “Unsolved Mysteries” drops on Netflix 19 October 2020.

For flights of fantasy, mystery writers will find “A Death in Oslo” intriguing because some of the things do not add up. Was it an inside job? What was this woman?

A frightening thought is that a former Death Row inmate who sentence for a brutal murder of a child could get a furlough to go Christmas shopping. This was in 1973, but the program was luckily discontinued. If you think race was involved, rest assured. The program wasn’t racist in that the escapee wasn’t White. He was Black. If he is still alive, Lester Eubanks would be about 76.

Police find the body of former White House aide Jack Wheeler in a landfill. Security footage captures strange events in the days leading up to his death. (46 minutes).

A Death in Oslo

After checking in at a luxury hotel with no ID or credit card, a woman dies from a gunshot. Years later, her identity–and her death–remain a mystery. (43 minutes)

Given a furlough to go Christmas shopping in 1973, a convicted killer escapes. Police have come close to apprehending him, but believe he’s still at large. (35 minutes)

Lester Eubanks was given the death penalty for the November 1965 murder and attempted rape of a 14-year-old girl. He death sentence was commuted. Because of good behavior, he was allowed to go Christmas shopping at a Columbus, Ohio mall and then failed to meet up with his guards.

A massive earthquake and tsunami devastated Japan in March 2011. residents share stories of the spirits they encounter in the wake of the disaster. (47 minutes).

This is a collection of ghost stories. In Japan, people believe that the spirits walk the earth during Obon which is usually in August.

Lady in the Lake

On an icy night, police fine JoAnn Romain’s abandoned car and assume she drowned in a nearby lake by suicide. But her family suspects foul play. (48 minutes).

JoAnn Matouk Romain, 55, died in Grosse Pointe Woods near Lake St. Clair (Detroit, Michigan). She had gone missing on 12 January 2010 and was found 70 days later in the Detroit River.

In May and August 1989, two toddlers vanished from the same New York City park. A search turned up nothing–but their families haven’t given up hope.

This is the case of 2-year-old Christopher Dansby who vanished in May 1989 and of 19-month-old Shane Walker who vanished in August from the Martin Luther King Playground in Harlem.

You can submit tips at Unsolved.com.