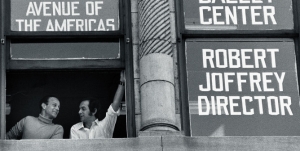 What do Josh Gad and Robert Joffrey have in common? They are both Afghan Americans.

Afghan Americans include various ethnic groups (Pashtun, Tajik, Uzbek). Afghanistan is located in South and Central Asia. The US Census considers Afghan Americans to be white.

Josh Gad’s father is an Afghan-Jew. Gad played Elder Arnold Cunningham in the Broadway musical “The Book of Mormon” and he voices Olaf in the Disney “Frozen” series. He was also LeFou in the live-action “Beauty and the Beast.” 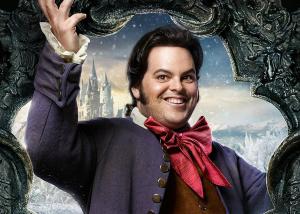 Robert Joffrey (24 December 1930 – 25 March 1988) was born Anver Bey Abdullah Jaffa Khan. His father was Pashtun from Afghanistan. Joffrey began his dance training in Seattle, where he was born and raised. His company which he co-founded with his partner Gerald Arpino (14 January 1928 to 29 October 2008) was originally based in New York, but eventually settled down in Chicago and became known as the Joffrey Ballet.

Some Afghan Americans have been producing traditional music.

Farhad Darya was born in Kabul, Afghanistan (1962) but now lives in Virginia (since 1995). He has served as a Goodwill Ambassador for Afghanistan.

Naim Popla 91954) was born in Kabul, but moved to Los Angeles during the Iranian Revolution.

Omar Akram was the first Afghan American to win a Grammy Award for Best New Age Album (“Echoes of Love”). Born in New York, he was the son of a United National diplomat. He moved to Los Angeles I 1993.

Writer Khaled Hosseini was born in Kabul, but his family moved to France when he was 11 and later applied for asylum in the US. He has worked as a doctor in California. In 2003, his debut novel “The Kite Runner” was published. He has also published the 2007 “A Thousand Splendid Suns” and the 2013 “And the Mountains Echoed.” He is currently a Goodwill Envoy for the United Nations High Commissioner for Refugees.  In 2007, his book “The Kite Runner” was made into a movie, directed by Marc Forster with a screenplay written by David Benioff. In Dari, English and Urdu.