Poppy Northcutt on ‘Chasing the Moon’ and a Sea of Sexism 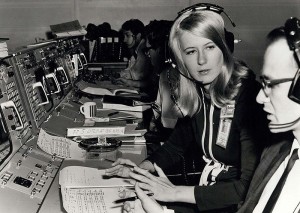 In 1969, Poppy Northcutt became nationally famous as the first woman in NASA’s Mission Control room and she was there for the Apollo 11 lunar landing. Northcutt didn’t stay with NASA or the space program, but went on to achieve in another field: law. Fifty years later, she has become the focus of attention–more attention now than then.

In a recent telephone interview, Northcutt sounded somewhat surprised at all the attention she’s getting now. Then, ‘It was a two-sided coin,” she recalled. “I got some opportunities” like being invited to Great Britain and she met with a lot of the press, becoming another PR point for NASA although she actually worked as a contractor connected with TRW. “Some of the media was really great at the time; some of it was not. There was a lot of sexism.”  That wasn’t just her experience as one knows from watching “Hidden Figures.” “All women at the time were swimming in the sea of sexism and even now although it is not as murky as it was then.”

Some of that sexism was reflected in the coverage she received that she characterizes as “invasive” and often “very orchestrated toward one’s appearance.” At the time, Northcutt had shoulder length blonde hair and wore fashionable clothes. When pressed she recalled, “In Britain one time, I was doing an interview with a magazine and I looked over. The photographer was laying on the ground, almost shooting up my skirt.” Still she makes clear that “there were also fantastic members of the press corps in Britain.

Northcutt recalled the Apollo mission was being “intense.” She added, “What I remember most about Apollo 11 is that it was so normal.” In the simulations, the team wealth with things going wrong, but with Apollo 11 “almost everything was going right.” A few things did go wrong and they were a little short on fuel on the descent, but “that was not part of the function I was working.”

Although she hadn’t seen “First Man” at the time of the interview, she had seen the 47-minute science center version of the “Apollo 11” documentary and found it “all really quite extraordinary. “The ‘Apollo 11’ just has some amazing enhancements of the archival video and film. The amount of research is just stunning. The launch sequence in particularly is mind-blowing. ”

Northcutt will be in Los Angeles and available for Q&A at the California Science Center in Los Angeles for specific “Apollo 11” screenings. At that time, she will also meet a JPL-NASA scientist who was inspired by her half a century ago in Brazil. That girl became a senior Research Scientst at JPL-NASA:  Dr Rosaly M.C. Lopes. As a young girl with “terrible eyesight,” Lopes was “crazy about the Apollo program” but knew she could not become an astronaut. “Every time that I saw anything about the Apollo program it was all men,” she recalled. But because “Poppy helped to calculate the trajectory for Apollo 13, there were small articles about her in two Brazilian newspapers.” For years, Lopes kept those newspaper clippings, now long lost. But this month, Lopes will meet Northcutt and give her a tour of Pasadena’s JPL-NASA facility.

Being the first female engineer to work as part of NASA’s Mission Control, Northcutt said she became “even more aware of the discrimination that women faced in the workplace.” Yet she realized that she had “a privileged position and more advantages than most women.” Because of this, she felt “an obligation to do what I could and speak up for women’s rights.” When the Houston mayor’s staff wanted to “increase the participation of women in the City of Houston,” Northcutt jumped at the chance. Through that, she became interested in law. By that time, TRW had lost its major contract and there had been cutbacks in the space program in Houston (something explained in “Chasing the Moon”). 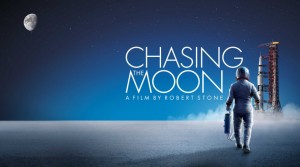 For men and women, girls and boys interested in joining NASA, Northcutt felt that John F. Kennedy gave the best advice. When Kennedy spoke about landing a man on the moon and bringing them back safely, it was “not because it was easy, but because it’s hard.” She explained we should “not focus on doing easy stuff. The kind of stuff that’s going to challenge us will give more benefits not only to ourselves, but to the community at large.” She remembers Apollo 11 as “a unifying moment for the planet, not just Americans. It showed what we’re capable of doing great things as human beings, but we need to make sacrifices to do so.”

Another legacy of the Apollo program came earlier. Northcutt explained, “A lesson that everyone learned from Apollo 8, that fantastic shot of the earthrise is that it’s really important that we pay attention to what’s happening on earth. This is our space ship and we should take care of it.”