The Bruce Lee Litmus Test and the Movies 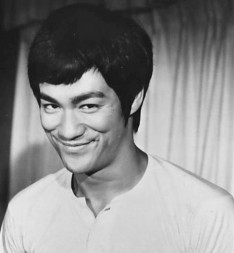 Watching Ke Huy Quan in “Everything Everywhere All at Once” made me think of Bruce Lee. Bruce Lee was 32 when he died. He was 5-foot-8 and about 140 lbs.

The Saigon-born Chinese Ke Huy Quan (關繼威)is 50. His family fled Vietnam in 1978 and ended up in a refugee camp. The family was granted political asylum in 1979. From there he became a SoCal boy, attending school in Tujunga and Alhambra. At the age of 12, Quan got his big break, playing Short Round, Indiana Jones’ (Harrison Ford) sidekick, in the 1984 “Indiana Jones and the Temple of Doom.” He was later in “The Goonies” (1985) as Richard “Data” Wang.

He had a cute round face that remained cute as he grew older, but he retired from acting in 2002 when he was only 31 because there were too few roles. His height and his face would not have been such a problem for a White actor.

The Bruce Lee Litmus test is asking: Would Bruce Lee have been cast as a lead?

Would someone like a young Bruce Lee have been cast in the 2010 “The Karate Kid” as the titular character? That went to Jaden Smith with Jackie Chan as his mentor.  Would an older Bruce Lee be cast as one of the main characters of Cobra Kai? Instead there’s Ralph Macchio and William Zabka. Would he be cast as the lead to the 2010 “Hawaii Five-0”? No that went to two White guys, Alex O’Loughlin and Scott Caan. Daniel Dae Kim and Grace Park were the second leads; AAPI were marginalized in the state where they comprise the majority.

The AAPI leading actors we now see as superheroes are Simu Liu (6-foot), Dwayne Johnson (6-foot-5), Dave Bautista (6-foot-6) and Jason Momoa  (6-foot-4). Bautista, Momoa and Johnson are all hapa and former wrestlers. Those three represent a mesomorph body type that is hypermasculine. Think of how different the MCU or DC would look if all of the White male (and Black male) superheroes were popped from that mold? It would be like Arnold Schwarzenegger (six-foot-two and 235-260 lbs) duplicated (or how the old He-Man cartoons looked) for every superhero, or in the case of Black superheroes, someone like former NFL fullback Jim Brown at six-foot-2 and 231 lbs, being the mold for Black Panther. Chadwick Boseman was about six foot tall and 154 lbs.

Although Steven Spielberg had his hand in both “The Goonies” (story and producer) and “Indiana Jones and the Temple of Doom” (director with story by producer Lucas), he didn’t seem to see the potential in the adult Quan. “The Temple of Doom” is a renewal of 1950s cinematic Orientalism (e.g. “King Solomon’s Mines,” 1950) where the audience is supposed to be shocked and disgusted by the food served and eaten by barbarians, in this case, Asian Indians. It’s a not too subtle rationalization for the British imperialism in India straight out of the popular culture of the Victorian days (e.g. Sir H. Rider Haggard). In retrospect, Short Round might have been little better than the Chris Rock three accountant visual joke at the 2016 Oscars.

And yet this kind of Orientalism was acceptable at a time when Spielberg also directed “Empire of the Sun” (1987), “The Color Purple” (the same year as “The Goonies”) and “Schindler’s List” (1993) and “Amistad” (1997). To be fair, He produced the 2005 appalling “Memoirs of a Geisha” but also the Clint Eastwood directed sensitive “Flags of Our Fathers” and “Letters for Iwo Jima” (2005). 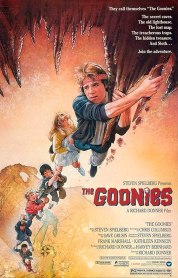 The Bruce Lee Litmus test is this: Are we at a point where we could have someone like Bruce Lee, with or without the accent, cast as the lead of a major film or TV series? Can we have someone who is Asian American with a boyish face be a superhero in the fashion of a Tobey Maguire, Andrew Garfield or Tom Holland or Micheal J. Fox? We are at the point where Star Trek can have a female Black lead, having already had a male Black lead and this is, not unlike the current SCOTUS discussions. Simu Liu, like Daniel Dae Kim, should be getting more lead roles, too. They are the square-jawed, broad-shouldered, taller type of man, that if White, would doubtlessly be getting more lead roles.

But that wasn’t Bruce Lee. That isn’t Quan. And, at a more contemporary level, that isn’t BTS. 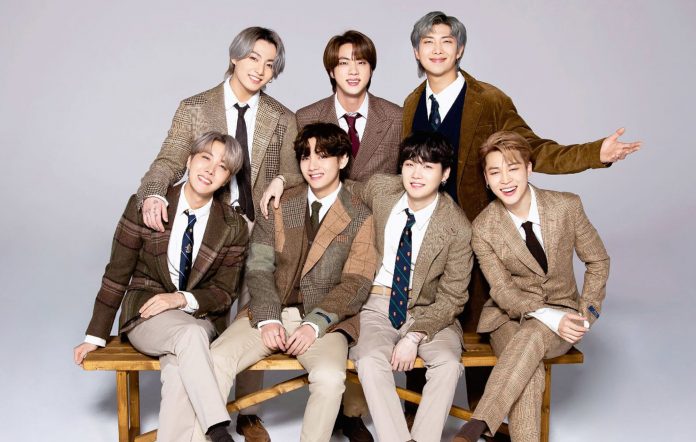 Hollywood missed out on Bruce Lee and death prevented him from enjoying the status that his Hong Kong films brought him. Seeing Quan in “Everything Everywhere All at Once” is a reminder that Hollywood has not been a hospitable place for actors of East Asian descent and that if representation matters, then East Asians of a diverse physicality also matters.