Wednesday morning I had this altercation with a woman because she claimed bicycles are not allowed on the sidewalk. I saw her in the distance and as is my custom, I pulled over and waited on the parkway with my dog, Kaminari, on my left. She decided not to pass, but to film me waiting for her to pass on the parkway for several minutes. Then she claimed that while I was putting my foot down while still seated on my bicycle that I kicked her dog. She hit my on the shoulder and continued to yell at me, refusing to pass. When she finally did leave, after I had put down my cellphone, she kicked me on my right calf. She believes she wasn’t caught on video, however, the sudden shaking of my cellphone video is pretty good circumstantial evidence for the first physical contact. She did commit assault and battery and the confrontation was very clearly something she instigated. 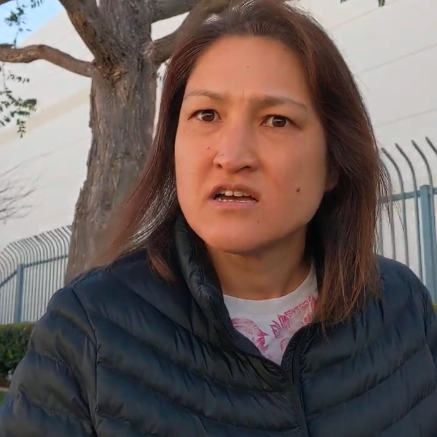 So her claim was that I was a hypocrite for asking her a block away before this second meeting to leash her dog because it was illegal to ride a bicycle on the sidewalk. This might be true for some areas, but it is not true for many cities within Los Angeles County. I was cycling in Torrance and Los Angeles (Harbor-Gateway). I have to file taxes with the City of Los Angeles even though Torrance is closer.

The first thing you need to know is what is a business district.

This woman, whose Black and Tan dachshund was well-behaved, claimed she was going to post the video on Facebook and make me famous as a “Karen.” I told her I was already famous, at least, compared to her.

I did mention to her that it is racist to call people “Karens” because “Karen” is the name of a Southeast Asian tribe. I’m pretty sure that if it was the name of an African tribe, many Black voices would be raised against its usage and it would be considered not politically correct to use. This is how the hierarchy of race and ethnicities seems to work in the US.

Business District: What Is?

No person shall ride, operate or use a bicycle, unicycle, skateboard, cart, wagon, wheelchair, rollerskates, or any other device moved exclusively by human power, on a sidewalk, bikeway or boardwalk in a willful or wanton disregard for the safety of persons or property.

a)    No person shall ride a bicycle upon a sidewalk within any business district or upon the sidewalk adjacent to any public school building, church, recreation center or playground.

b)    Whenever any person is riding a bicycle upon a sidewalk, such person shall yield the right-of-way to any pedestrian, and when overtaking or passing a pedestrian, after giving an audible signal, shall at all times, pass to the left of such pedestrian.

Where I lived previously, the laws were a little different.

A. It is unlawful to ride a bicycle upon any sidewalk in front of any church, school or place of public assembly except where the sidewalk area is designated a bike lane by the director of transportation with official signs and markings.

B. In all other areas, the rider of a bicycle shall yield the right-of-way to pedestrians.

To look up your city in Los Angeles County, visit the LADOT Bike Blog