New Year’s Eve and other parties

We don’t have snow, but we do know how to party with theatricality. Here’s some great New Year’s parties that spill into January and early March.

You can stay in the city and get a little ghostly with a performance of “Blithe Spirit,” featuring Angela Lansbury at the beginning of the evening. Following the internationally acclaimed production with sold-out engagements on Broadway and in London’s West End, television legend, Oscar recipient and five-time Tony
Award®-winner Angela Lansbury returns to the stage in Noël Coward’s smash-hit comedic play “Blithe Spirit” in an exciting North American tour to be launched at Center Theatre Group’s Ahmanson Theatre. Performances for “Blithe Spirit” at the Ahmanson began Tuesday, December 9, 2014, and run through Sunday, January 18, 2015.

L.A. COUNTY HALL OF RECORDS BUILDING: See #LAStory photos through the lens of some of LA’s best Instagrammers, hand-selected by DISCOVER L.A.

SCHEDULE FOR THE PERFORMANCES: For full event schedule click here.

PHOTO BOOTH: Snap the final photos of 2014 at a Grand Park photo booth! (provided with support from LA2050)

HOOCH: This will be an alcohol-free, family-friendly event: no beer garden or point of purchase / no outside alcohol permitted in event space.

STREET CLOSURES: Grand Park is working with all relevant agencies to ensure street closures be as minimal as possible. Please see MAP for event closure schedule.

BIKE VALET: Will be available (for free!) at Hill and Second St.

GETTING THROUGH BAG CHECK: All bags will be checked upon entry to event space, please do not bring the following items to this event: Bags and Backpacks Measuring Larger Than Standard Backpack Size (16.75 inches x 13 inches x 8.5 inches) / Chairs / Outside Alcoholic Beverages /  Sealed or Open Beverage Bottles Including Water (fountains and water for purchase will be available) / Narcotics / Coolers / Tents / Firecrackers / Explosives / Sparklers / Firearms / Weapons / Frowny Faces

FIREWORKS, FOOD and FAUX FOREIGN COUNTRIES with a Queen 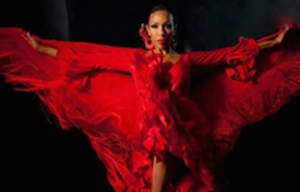 Celebrate the launch of 2015 under a fireworks-filled sky on the legendary decks of the Queen Mary. Toast the New Year in style and enjoy an unforgettable evening of great food, drinks and live entertainment. New Year’s Eve aboard the Queen Mary is a sell-out party every year.

Whether you want to dance the night away, or simply enjoy the music, there’s no shortage of entertainment aboard the Queen Mary.

The 21+ all-night bash highlights seven destinations from the Queen Mary’s Mediterranean Cruise of 1966 through music, culture, food and entertainment. A global party made unforgettable by renowned headliners The Gypsy All Stars featuring Gypsy Kings Alumni, DJ Dennis Owens, DJ Groovy Lu and more. New Year’s Eve aboard the Queen Mary will be a brilliant welcome to 2015.

Italy, France, Spain, Greece, Morocco, Egypt and the USA will transform three and a half acres of the ship’s deck and salon space into an international celebration of festivities. Revelers can party from country to country, reminiscent of the Scottish tradition to celebrate from house to house. Destinations include:

Please note: Guests must be at least 21 years old. New Year’s Eve starts at 8PM and lasts until 2AM Self-Parking $20.

For $225 per person (tax and gratuity included and alcohol excluded), you can have valet parking at Scott’s Restaurant and bar for the entire evening, a three-course supper created by chef Michael Doctulero, an orchestra terrace ticket to the Segerstrom Center for the Arts production of “Kinky Boots,” complimentary re-entry to Scott’s for a New Year’s Eve festivities post-show.

“Kinky Boots” was the winner of the 2013 Tony Award for Best Musical. Audiences attending “Kinky Boots”  at Segerstrom Center for the Arts will enjoy free lobby activities starting one hour prior to show time and during intermission for all performances.

• A special 24-foot fashion runway for video and photo opportunitieson the Orchestra Terrace Level lobby. Patrons will be able to strut their own fancy footwear to hit songs from the ‘80s.

• A photo opportunity on the Loge Level lobby with a two-dimensional cutout of the famous red boots.

• Boot bedazzling on the Orchestra Level lobby. Patrons and designer-wannabes can add their personal ‘look’ to a high-heeled boot illustration using an assortment of supplies provided by the Center.

Guests are asked to use #SCFTA and #KinkyBootsTour on social media sites.

On 1 January 2015, there’s a “Take the Plunge” party at the Holiday Ice Rink Pershing Square for a Polar Bear Skate.

A new holiday tradition that’s so LA. Celebrate the popular frozen New Year’s Day Canadian tradition with a twist.  Grab your sunglasses and swim suit to “take the plunge” with a skate around the rink. Skaters of all ages are invited to dress in beach attire for an invigorating welcome to 2015. The first 30 participants will receive a plush polar bear hat. Prizes are awarded for best costume and most creative. 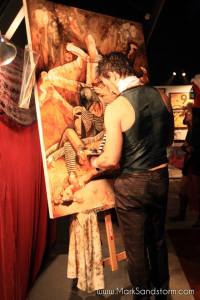 The Edwardian Ball® is an elegant, whimsical, spectacle of a madhouse slapdashery of costumery and cocktails, circus and storytelling, ribald music, and daring exhibitions that promises to entice and enchant – a feast for the senses with the style and panache of the turn of the 19th century.

People fly from around the world to partake in this one-of-a-kind event – the last three years the Ball in SF sold out.  The co-hosts Justin Katz (Rosin Coven) and Mike Gaines (Vau de Vire Society) will present Gorey’s ‘The Beastly Baby’ which is described as, “A calmly horrific tale about almost unpleasant infant everyone is trying to get rid of…” with original music, theatrics and aerial acts.

The Edwardian Ball also comes to Hollywood for a special Feb 14th celebration, “My Gorey Valentine!” taking place at The Fonda Theatre LA with local performers, The Gentlemen Callers of Los Angeles.