Is SNL’s Squid Game parody racist? Does it show discrimination against Koreans? Or are there humorless Korean trolls building a mountain out of a mole hill?

It’s hard to decipher just how extensive the grumbling is about the SNL parody of the “Squid Game” is or just how important these complaints might be because I do not speak and read enough Korean to look at those registering a complaint for a full analysis, but I can look at the source material: the SNL parody and at SNL cast and staff.

And, at least in Los Angeles, some of the complaints placed by the Korean community has seemed to be questionable. There was a complaint about a green and yellow flag Portland Timbers flag which has 12 rays. The Japanese Rising Sun flag has 16 red rays against a white background.

More recently, there was a complaint about an LAUSD mural by muralist Beau Stanton that had 22 red rays again a blue background. If you look at Beau Stanton’s work the sunburst is a common motif and comes in many different color schemes.

Saturday Night Live only recently gained a cast member of Asian descent: Bowen Yang (joined 2019). Yang is Australian-born, but he also lived in Canada before his family moved to the United States. He is not Korean. However, for the 2020 season, SNL did hire a Canadian woman of Korean descent as a writer, Celeste Yim. Yim is currently still an SNL writer.

The skit has Pete Davidson and Academy and Golden Globe award-winning Rami Malek as two down-on-their-luck country boys singing a sad twanging song about their participation in the “Squid Game.” The tune is catchy (full lyrics below) and the skit uses clips from the Netflix mini series. At one point, they wonder just how much money they are playing for.

That’s a whole lot of money.

At least I think it is.

I’m confused by the currency.

Anyone can quickly go online to find out the real exchange rate. Judging from the reactions to the video, people did. According to the comments, people who have watched the “Squid Game” went online to convert from won to US dollars so they understand the joke. 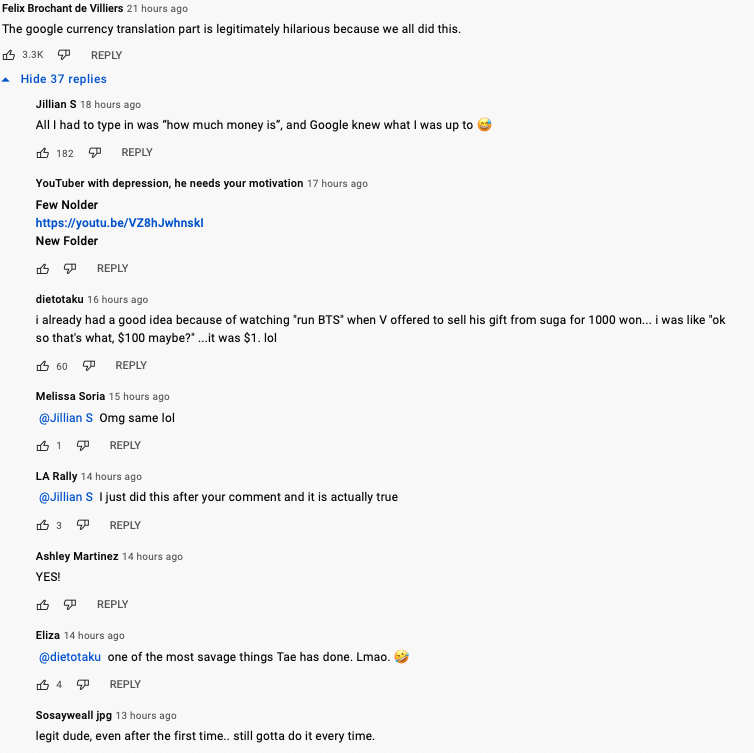 I don’t think we live in the time when someone like Doc Brown in “Back to the Future” equates South Korea with cheap goods (Doc Brown in 1955 equated “Made in Japan” with shoddily built items while the 1985 Marty McFly considered the Japan-made goods high quality). We live in a time when a K-pop song (BTS’ “Dynamite”) topped the charts (Billboard Global 200 and US Billboard Hot 100).

There is nothing expressly racist about the lyrics of this parody and the people playing the cowboys are not represented as particularly bright or intellectually superior to any one specific race or culture. A White person (Pete Davidson) does win the Squid Game, but he also dies in the end after losing all his money.

Discrimination is, according to Merriam-Webster, “the act, practice, or an instance of discriminating categorically rather than individually,” but I don’t think this parody in anyway singles out Korean people as being inferior to US citizens of any race. The skit includes Davidson, but also Malek who is Egyptian American and Black cast member Chris Redd. There is also nothing in the lyrics that constitutes slander (see full lyrics below).

The original tune is Branchez & Big Wet’s “Turn Up on the Weekend”:

One could turn it around and think that the SNL parody is poking fun at the poor mathematical skills of people in the United States, including US Google.

There’s nothing wrong with the SNL parody and, as a fan of Weird Al Yankovic and Tom Lehrer, I find the SNL parody is a spot-on and a well thought out summation of the Netflix series. My conclusion is: There are trolls in every country. SNL produced a winner, particularly with Big Wet joining in on the fun. Don’t let the cranks from Korea prevent you from enjoying it.

Don’t got a lot of money.

Drive a rusted out Chevy.

I just got laid off.

My ex-wife hates me.

Even had to sell my puppy.

My only option is the Squid Game.

I have a number

Not a real name

‘Cause I’m playing the Squid Game.

They’ve got a symbol on their faces.

Locked us in a big room.

They got symbols on their faces

Piggy bank up in the sky.

There’s a robot girl who caught me running,

Better duck behind the nearest guy. (Wait, what?)

Yelling at me in Korean and nothing is translated

Got a crazy girlfriend.

After I was hit, they took my eyeball and kidney.

People die in the Squid Game.

That’s the way you play the Squid Game.

That’s a whole lot of money.

At least I think it is.

I’m confused by the currency.

Anyway I’m on a glass bridge

And I think I’m gonna win.

And you go bye-bye now.

Killed all my friends in the Squid Game.

My body is completely maimed.

Why the hell I’d play the Squid Game.

So I went back to my hometown.

Got a cool red haircut.

I’ve grown in so many ways.

Then one day I got bored,

Then I took all my money and

I bet it on the Jets.

Going back to the Squid Game.

That I’m back in the Squid Game.

(He has been eliminated.)