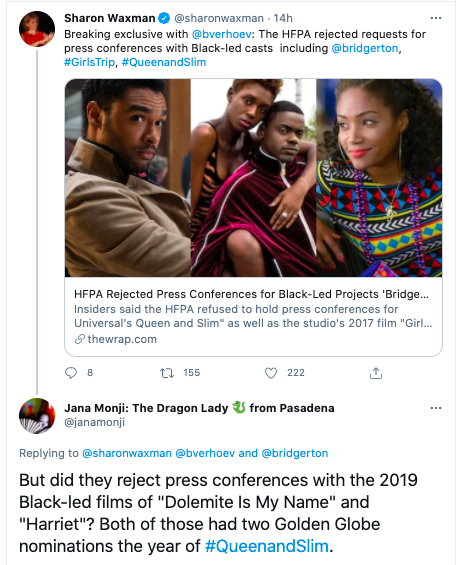 I don’t attend HFPA press conferences as I am not a member, but I remember bitter complaints from the “Queen & Slim” team. Reading The Wrap and EW, I wanted to put things in context.

I am not a big fan of Shonda Rhimes. I watched a few episodes of “Grey’s Anatomy” and even “How to Get Away with Murder” but they both became too soap opera-ish and ridiculous. For that reason, despite the diversity casting, I have not watched “Bridgerton” yet either. To  be  fair,  I’m a  fan  of  PBS. 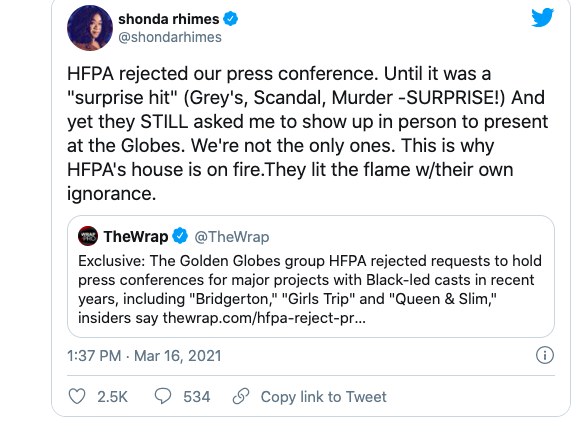 But I also remember that “Queen & Slim” had a press screening that was hard to find and ended up costing me money for parking. I also received a screener, however, I was much more interested in two other films that came out the same year and were Black-led projects: “Dolemite Is My Name” and “Harriet.” Both of those movies received two Golden Globe nominations including Best Actor (Musical/Comedy) for Eddie Murphy and Best Actress for Cynthia Erivo and Best Original Song for Joshuah Brian Campbell and Cynthia Erivo’s song, “Stand Up.” 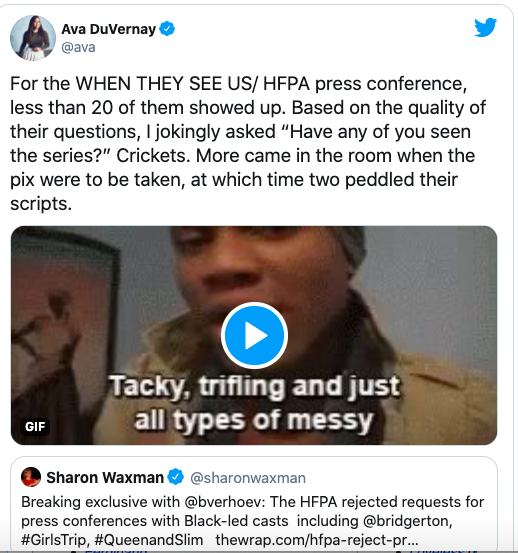