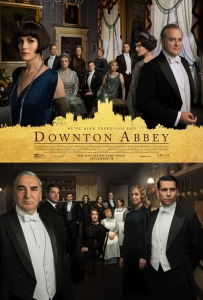 After watching all six series/seasons of “Downton Abbey” and seeing the film, I learned some surprising things beyond I want to grow old and be feisty as Violet Crawley, Dowager Countess of Grantham. I sorely miss both Matthew Crawley (Dan Stevens) and his spirited, unconventional cousin, Sybil Crawley (Jessica Brown Findlay), but wonder where those storylines would have gone. I’m disappointed that the new female editor of “The Sketch,” Laura Edmunds (Antonia Bernath) didn’t appear as a continued romantic interest for Tom Branson, but there was, of course a development.

The overall message of the series and writer Julian Fellowes is kindness and integrity. Good manners matter.

If you wondered about the downstair shenanigans in the film, the precedent was set during Series/Season 1, when Anna and Bates set up O’Brien and Barrow for attempting to set up Bates and when the Christmas Special Bates is instrumental in helping the Crawley family retrieve Freda Dudley Ward’s errant letter. Bates and Anna have more authority in the house once Mr. Carson (Jim Carter) returns and Barrow takes a holiday.

There are other lessons. A good way to make amends is a puppy. Being kind to dogs and kids can pay off. Take a vacation so you can vent alone and remind yourself how much you love about home?

What lessons did you learn from “Downton Abbey”?