Marvel Not Marvelous When it Comes to Asia 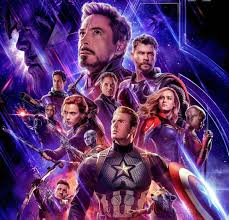 The good news about the end of the world caused by the snap of Thanos’ fingers once he had the complete set of Infinity Stones on his mighty gauntlet, was that while Natasha Romanoff is reduced to eating peanut butter and jam on white bread and Bruce Banner (Mark Ruffalo) in his gentled-down greenness has pre-formed tacos (and Michael Peña’s Luis and his humor are nowhere to be seen in “Endgame”), the Japanese still have ramen.

What the Japanese do not have, just like Korea and Nepal, is a superhero.  In “Black Panther,” a posh South Korean secret casino doesn’t have a security detail that would stand up to an attack, even as African women warriors from Wakanda and a non-superhero agent would. The East Asians all run. This in a country where all the men are required to serve in the military and the threat of invasion is real currently and even as a long and unfortunate historic trend. Los Angelenos saw that South Korean immigrants were ready to use guns to defend their businesses and one would expect more from professional security in the Busan scenes, but “Black Panther” continues the trend of emasculation of the Avengers saga.

The Avengers were in Korea before. Dr. Helen Cho (Claudia Kim) brainwashed by Ultron (using Loki’s scepter) so he can use her synthetic tissue technology to form a new body. She has to be rescued by the Avengers because there is no high level security in South Korea, a country that faces the threat of Soviet-back invasion every day and this was before a US president made friendly with the mad man running North Korea.

The people behind the first “Dr. Strange” admitted in their attempt to be PC, they made some major missteps. Doctor Strange is a white man who travels to Nepal to learn Asian arts from an Asian Ancient One. Instead of casting an Asian man (or woman), director Scott Derrickson decided to change it to a Celtic woman played to maximum androgynousness (Remember “Orlando”?).  So there we have twice the whiteness–a white woman masters and mysteries in Nepal and passes down the leadership to a white man (who does it even better).  Of course, Derrickson could have tried for more diversity–a predominately Asian cast. Would the six-foot-two Dev Patel not have made a good Doctor Strange? He’s taller than Cumberbatch. Of if you need a guy without an Asian-sounding name, there’s the six-foot-one Allen Theosky Rowe.

Wong is Strange’s sidekick, but Benedict Wong come under the non-threatening second banana–not handsome, not hard-bodied. He’s a chubby safe-space for Benedict Cumberbach’s Doctor Strange unlike Bruce Lee as Kato was to Van Williams as the Green Hornet. Yet imagine the impact that someone like Daniel Jae Kim or Hiroyuki Sanada or Rowe would have had as Wong?  The pleasantly plump approach in Doctor Strange’s casting is similar to that of Spider-Man’s (Tom Holland) bestie, Ned (Hawaiian-born Filipino Jacob Batalon).

I bring up Sanada, because as in “Black Panther,” “Endgame” takes a totally unnecessary detour to Japan where Clint Barton takes on the guise of Ronin and takes out people who are supposedly Yakuza although I don’t think Yakuza really run around in traditional clothes and use katana. In his five years away, apparently Clint has become fluent in Japanese and a master swordsman because he’s white and something in the tradition of Rudyard Kipling’s “Kim,” he can easily become more native than the natives as a superior white person.

Marvel did give us “Big Hero Six,” but then in the more recent and widely celebrated diversity step forward, decided that “Spider-verse” didn’t deserve a mature Peni Parker who was on the same level as Spider-Gwen or Miles’ version of Spider-Man (or even Spider-Ham). She gets to be the one with the least strong poses. Sometimes she looks as if she needs to pee.

Marvel is supposedly coming out with an East Asian hero, Shang-Chi. How that will change the Marvel-verse is hard to discern but at the end of an epic 22-movie arc, while Marvel understood how to handle black and white, it did not understand how to handle real diversity in a world that is 60 percent Asian.